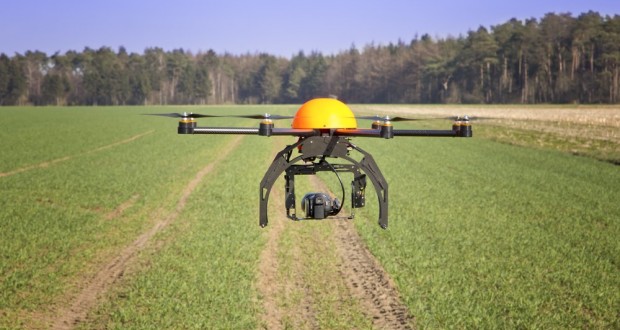 Satellites have become one of the most important tools being used by governments and various industries today. They serve a wide array of applications, mostly monitoring changes over time, but are expensive to assemble and launch. However, to keep them far away from the observational area, they need to be kept really far in space, which creates a concern for resolution. Additionally, there are a number of factors to be kept in mind when designing a satellites orbit. So instead of going through this daunting task, people are looking towards drones to take over.

Drones make perfect replacements for satellites; they are way cheaper than satellites, they can fly at low altitudes at custom speed, so you have little to worry about. However, what drones cannot do at the moment is continue with the monitoring process, with supervision. Fortunately, this does not have to be a deal breaker. The rate at which the drone technology is changing, it is only a matter of time before autonomous drones solve this problem.

Another drawback that drones might face is the limited storage capacity. Current drones can record as much feed as a normal smartphone can handle. Unfortunately, that is very low space when compared to the size of high resolution images needed for monitoring purposes. However, some companies are trying to integrate cloud technologies with drones, so they can store their feeds in the cloud in real-time.

One drawback, which the drone manufactures find impossible to deal with, is the incorporation of different types of sensors on a drones payload. Satellites make use of different types of waves to detect changes or gather information, which includes sound waves, microwaves and radio waves. A moving drone generates enough noise to render all the data collected to be rendered worthless. Unless this problem can be dealt with, there is little chance that drones would be able to completely replace satellites, but they sure are on the path to do so.

← Previous Drones Start Assisting Fire Fighters in Virginia
Next → How Effective Can Drones Be in Preserving Wildlife?