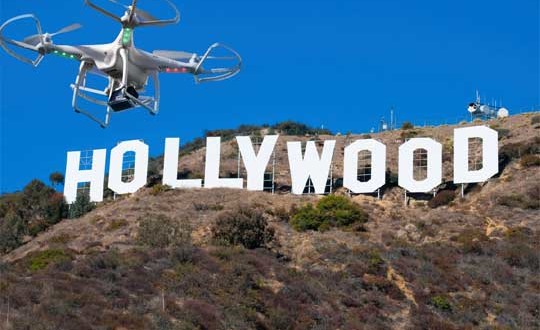 The Flying Robot International Film Festival is set to begin on November 19, 2015, and it is the world’s first drone film festival. Called FRiFF, it will be showing meaningful short films from the viewpoint of drones.

Drones have been making major headway in the film industry. Drone lovers everywhere rejoiced when the FAA decided that drones could be used on film sets. Just as exciting was the announcement that Flying-Cam SARAH 3.0 was given an award for its use and abilities, seen in the Skyfall 007 movie.

For filmmakers without a big budget, using a drone is much easier than using helicopters and cranes. With their compact size, they can work in a wide variety of locations and get shots that were extremely difficult, if not impossible, in the past.

Drone technology is having a significant impact on our culture. While they are used for filming, they are also being featured as part of film plots. The major Oscar winning film Interstellar even included a drone in the movie. They may be featured as the bad guys in some films but they play some of the most important, and entertaining, roles.

In 2014, here were the 3 top grossing films featuring drones:

X-Men: Days of Future Past