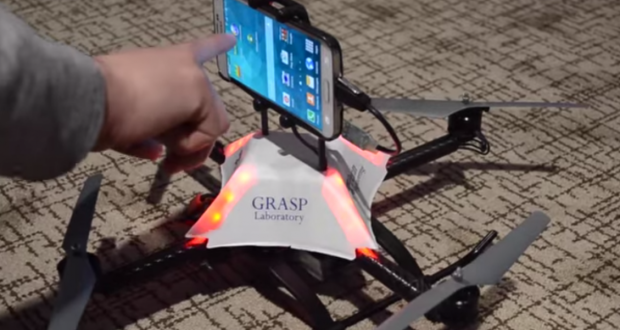 Qualcomm has decided to combine two of the most popular pieces of technology, drones and smartphones, to make its mark in the rapidly changing technology industry. With the Internet of Things being one of the hottest topics today, there has been a rising need for interconnected technology and what better way to gain connectivity to a drone than using a smartphone. Qualcomm’s drone project is being initiated with the mission to bring the same level of miniaturization and inter-connectibility to drones as in smartphones.

Qualcomm does realize that it is new to the industry; therefore it has invited ten new startups to help. Houman Haghighi, the head of Qualcomm’s robotics wing stated that the company is aiming to “remove points of resistance” for better innovation. The collaboration is already being termed as “TechStars” and rightly so, as Qualcomm has announced $100,000+ in investments in each of the ten startups. 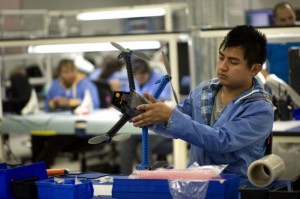 Basically, Qualcomm is trying to become the sole source of equipment, funding and personnel for the startups. Once these newcomers get a product out in the market, Qualcomm will gain all the insights it needs to manufacture the technology on its own. Other large corporations like Walt Disney and L.A Dodgers are following in Qualcomm’s footsteps to launch startups in their own fields.

Additionally, Qualcomm has also converted its office space into an open-space format, where multiple startups would work simultaneously, with each one focusing on a specific area. For example: Inova Drone would be working on military drones, while SkyFront would focus on long range drones. Altogether, Qualcomm has created a new opportunity for drone startups to come up with new ideas and turn them into reality. With other large corporations following suit, it would mean a boom in the development of the drone industry. If this carries on, it would not be long before the drone industry becomes the most rapidly changing one.