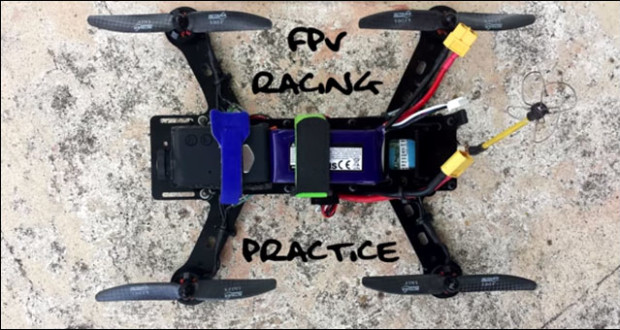 “Racers, please start your drones” would be the voice that would now be heard in derelict warehouses in Australia. Yes you assumed correctly, underground drone racing is the new trend in the country. Racers make use of custom built drones, but since the laws governing personal drone flight are strict, the racers have to hold their events only in warehouses. Although the Civil Aviation Safety Authority’s rules do not have room for drone racing, but holding such events indoors keeps them out of CASA’s reach.

The racers are able to get a first person view, with the help of goggles wirelessly linked to the drone. The race tracks are mostly make shift ones and allow the drones to reach speeds of up to 60 Km/h. So far the racers have found it to be addictive and are linking the experience to a virtual reality video game. The sport is quickly gaining popularity, despite its underground status. One of the racers has even earned the honor to participate in the US National Drone Championship in California.

Chad Nowak, the lucky participant, expressed his delight in an interview with ABC. He stated that he knew some friends from forums that would be participating in the event and his main target is to just have fun. However, doing well and winning are additional bonuses that Chad would be aiming for. Chad happens to be a professional pilot, but he finds drones more thrilling.

Mr. Nowak stated that with drones he can do things that he dare not try in the cockpit. He finds the drones a safer alternative to people who seek the thrill of flying. With drones people can perform as many stunts as they want and the first person view makes sure that everything seems real. However, in drones if you get something wrong, at the most you would need a new drone.