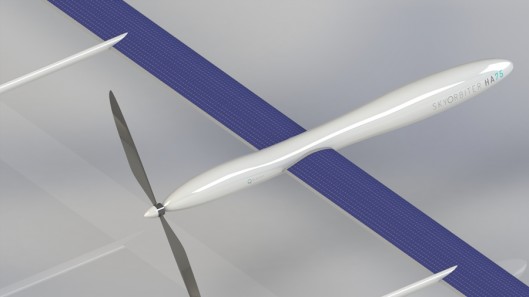 While Facebook and Google are still in the planning phase of using drones and satellites for beaming down internet, a Portuguese company has taken the lead and started its first test flight. “Quarkson” is developing solar powered drones that have the capability to remain airborne from a few weeks to years. The company plans to cover large areas, by flying the drones at an altitude of 22,000 ft. This factor just might create a problem for some governments, since this means that the drones would be sharing the airspace with commercial planes. Seeing the outlines provided by FAA for its commercial drone rules, it would be a very longtime before these would be allowed in the US.

Nonetheless, the company went on to test its drone at an undisclosed location. The testing drone was equipped with a WI-FI device and a patch antenna. The test drone, however, was of a smaller wingspan than is actually planned, around 5 m, and was flown at an altitude of just 330 ft. The CEO of Quarkson, Miguel Angelo da Silva, stated that the initial tests were only conducted to check the possibility of this concept. 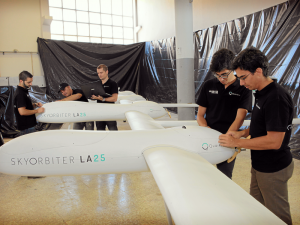 The company does have its larger drone, the Sky Orbiter LA25, ready for testing. This would have a wingspan of 22 m, but the procedures are on hold due to opposition by the Portuguese government. This has already started taking a toll on the company, since it was forced to conduct its initial tests at a small airstrip under poor conditions. Quarkson would still have some hope for commercializing its drone, since it only wants to target offline areas of the world. Most of these areas are in third world countries, with little or no definite drone rules yet. If the company can reach a pact with these governments and make them realize the usefulness of their technology, they just might have a chance.