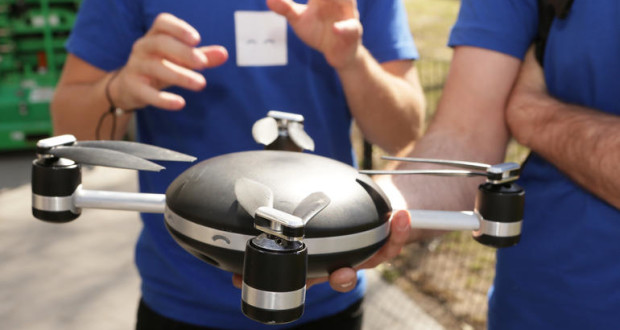 You don’t have to worry much about Lily. She’s a wise drone and she can hold her own. All you need to do is throw Lily in the air and she starts to record and follow you. Currently available for pre-order, the concept and specs of the drone is fascinating to say the least. It happens to be the first camera in the world of its type, and its photos can be made custom with the options to edit and share them as the device can work with both the Android and iOS systems.

With a battery that can last four hours, Lily can fly for up to 20 minutes, which is plenty enough time to capture some great footage and still shots using this 2.6 oz camera drone. Video quality is exceptional at 1080p and photos are captured at 12 megapixels. You can make the most of its 4 GB Micro SD card, or use an external memory card in the designated slot.

Lily durability is both reliable and intuitive. It doesn’t have the ability to avoid obstacles, but it will let the owner decide to halt the drone suddenly by using a button. Pressing the button to stop Lily only stops the movement, but the filming continues on. Venture too far away and Lily will stay in place until you meet up again.

The standalone camera is also waterproof and certified as such by the highest standards with a 1p67 rating. Take selfies or show off your surroundings and athleticism. The choice is yours because Lily can keep up with you at a maximum of 25 miles per hour. It can sit as low as 5 ft. or go as high as 50 ft. Likewise, it can record from as close as 5 ft. or as far as 100 ft. away from its subject. Imagine the photo and video possibilities.

The creators also take a stellar approach to addressing the privacy concerns regarding the use of UAVs. They explain on their website that Lily doesn’t fare well if you are trying to spy on your neighbors. You’ll be easily spotted and the sound that comes from the drone will help others to know when it’s around. It’s no wonder there is so much buzz surrounding Lily.

← Previous The Fotokite Phi: An Awesome Quadcopter Camera On a Leash
Next → The Air Hogs Millennium Falcon Brings Drones Out to Play