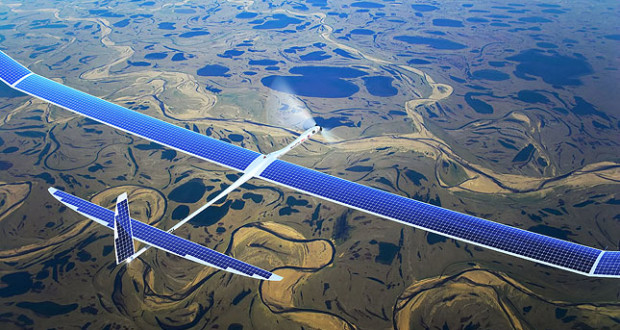 While Google and SpaceX plan to launch between 200-700 satellites for a better and free worldwide internet access, another competitor seems to be stepping in the market. It is none other than Facebook and it has come up with an effective yet cheaper solution. Facebook is planning to use glider drones, with a wingspan equal to that of a Boeing 747, to reach about five billion users, mostly in the third world.

The project is named Aquila, chosen since in mythology it is the eagle which carries Jupiter’s thunderbolts to the sky, is as ambitious as depicted in the myth itself. The company plans to keep these drones in the sky, with the help of solar panels on its wings. This is the first time that Facebook is going to manufacture a tangible product, prior to which it has been making money through selling adverts. 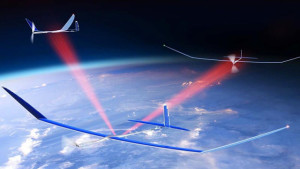 While Google has been developing tangible technologies as part of its business plan, the competition has been on the rise since Amazon.com decided to start its very own drone delivery system. Facebook, being one of the giants on the internet, has come under pressure to show that it can also produce such technologies. Whether it is just the first in a line of many internet giants to follow, we will have to wait and see.

This battle between the internet giants to overtake the IT sector has made it ever more difficult for companies like IBM and Hewlett and Packard to come up with ideas that can compete. This means that the sale of commercial and custom built drones would be on the rise, with an ever increasing need for innovative ideas. In addition to all this, in a recent conference at San Francisco, Mark Zuckerberg confirmed that Facebook was indeed trying to develop technologies, which would compete with those manufactured by Google.